The best nature trails in the UK

There’s nothing quite like an escape to nature. And while the UK may be a small part of the world in relative terms, it’d be fair to say we’re blessed with some truly spectacular scenery.

At Willerby, we’re as passionate about the great outdoors as you are, which is why our park homes and bespoke lodges sit in some of the UK’s best-loved locations. From the legendary lochs of Scotland to the rugged coasts of Cornwall, here are five of our favourite trails for walking among wildernesses. 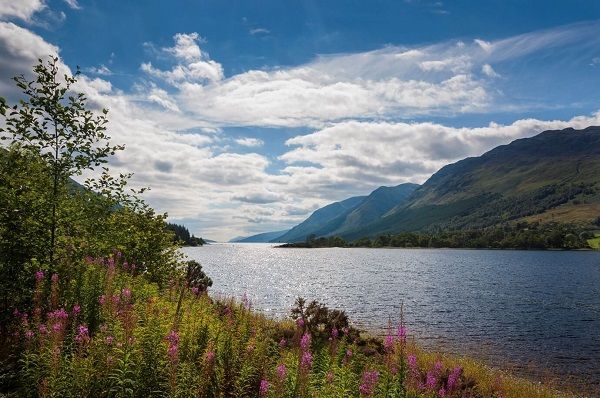 Difficulty: Medium (with some hard stretches)

Joining coast to coast across the heart of the Scottish Highlands, the Great Glen Way allows you to journey through some of the UK’s most remote and breathtaking landscapes.

You’ll start from Fort William, heading up the shores of Loch Linnie and into the shadow of the UK’s highest peak, Ben Nevis. From there, you’ll travel for five to seven days heading northeast until you reach the castle at Inverness, the unofficial capital of the Highlands. The route skirts the shores of three epic lochs, including Scotland’s longest, the legendary Loch Ness. With high or low routes available, the Great Glen Way walking trail is well suited to both beginner and experienced walkers, with the flatter low route recommended if you’re new to long-distance hiking. Either way, expect shimmering waters and soaring peaks aplenty.

Highland Holiday Parks, which are just a short walk from the start of the trail. 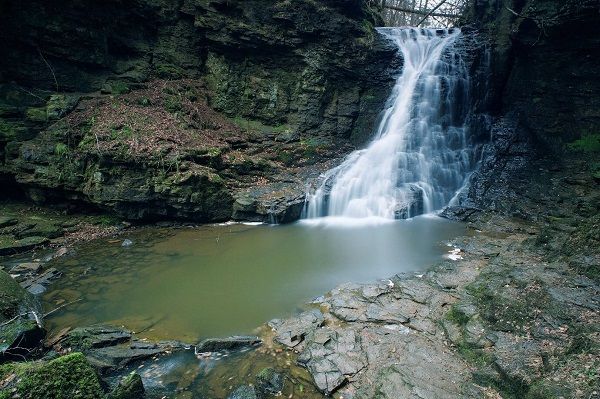 The route may be relatively short, but its rugged, untouched terrain can make it a challenge in certain conditions. Nevertheless, those who take on the trail will have their efforts rewarded. The waterfall and its surroundings are a designated Site of Special Scientific Interest (SSSI), owing to the abundance of rare plant and animal life found there. Here you’ll find more than 300 different species of lichen, mosses,

and liverworts — food for red squirrels, woodpeckers, badgers and bats. To get started, set out from the Northumberland National Park car park in Bellingham, and follow the signposted route along paths, up steps and over bridges until you reach the famous Hareshaw Linn waterfall.

Explore holiday Holiday Parks in the North East, and find many under 30 minutes’ drive from the magnificent Hareshaw Linn walk. 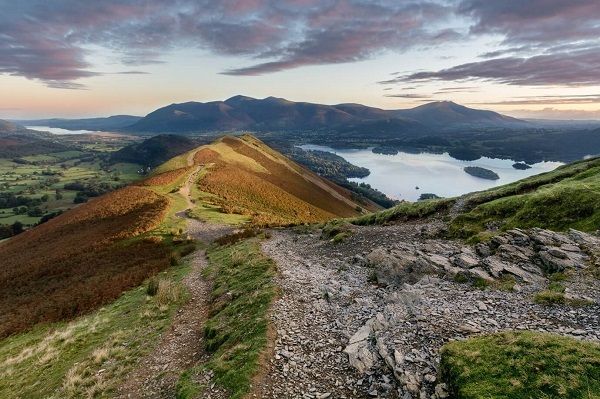 The Lake District is a corner of the country that needs no introduction, what with its bright blue waters, lush green valleys and stone-capped mountains. Yet there are few better ways to take it all in than with a hike up Catbells. By no means the region’s tallest or most intimidating peak, this walk offers a gentle climb for beginners, meaning everyone can look forward to those out-of-this-world vistas at the summit. The famous fell is thought to take its name from “Cat Bields”, suggesting it was once an area that sheltered wild cats when they roamed our countryside – though you won’t need to worry about encountering any today.

You’ll start at the Hawes End Landing Point, reached by ferry over Derwentwater from Keswick. You’ll then follow a well-marked path away from the lake and up from the road, before you begin a steep zigzag up Skelgill Bank, which will eventually flatten and lead you in a near straight line to the Catbells summit. After stopping for a short rest and some photographs, continue until you reach the crossroads, where you’ll need to turn left and head downhill towards the lakeshore at Brandelhow Bay. To get back to the starting point, simply follow the waterfront path and enjoy views over the shimmering lake along the way.

This is just one of many world-class walks near North West Holiday Parks, along with other holiday parks in Cumbria Cumbria Holiday Parks. 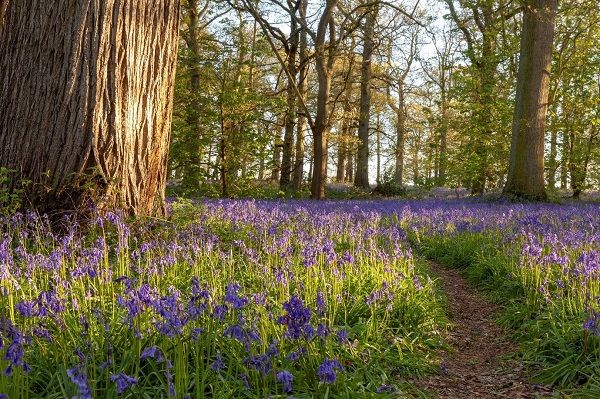 Set across the grounds of Bates Green Farm close to Eastbourne on England’s South Coast is the Arlington Bluebell Walk. Bursting into colour every spring, this network of trails is suitable for just about anyone, including young families and those using wheelchairs.

The famous fairytale trail opened in 1972, though the ancient woodland and its seas of bright, beautiful bluebells were established over several centuries. With a range of walking routes to pick from, you can explore whimsical forests for anything from one to four and a half kilometres, stopping at signs to learn all about flora and fauna as you go. Staffed by friendly volunteers who provide mobility scooters for visitors with disabilities, there is no other nature trail quite like Arlington Bluebell Walk come spring and summer.

Holiday Parks in the South East are ideal for exploring natural wonders like the Arlington Bluebell Walk, including Grey Tower Caravan Park and Pevensey Bay Holiday Park on the neighbouring coast. 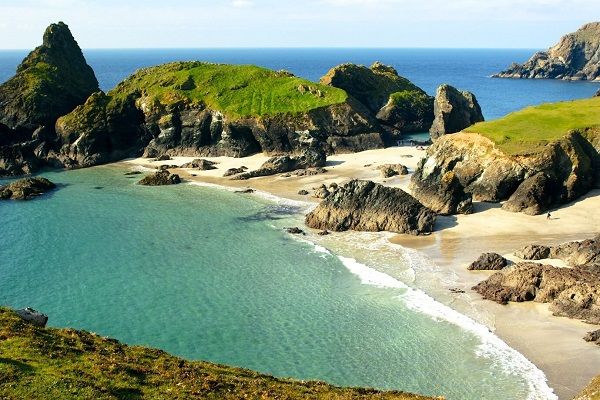 Difficulty: Easy (with some medium stretches)

Cornwall Coastal Path makes up a significant stretch of the more extensive South West Coast Path. From golden bays with their crystal blue waters, to rugged headlands and rocky coves lashed by rough seas, it’s widely considered among the most awe-inspiring hikes anywhere in the world.

With so much coastline to cover, it could take weeks to ramble the Cornwall Coast Path in its entirety. That’s why most visitors choose to tackle a particular stretch of the route — ranging from short walks for family days out to wild and remote sections that take several days to complete. No matter your style, you’ll find spectacular views, abundant wildlife, and rich heritage here.

Holiday Parks in the South West are highly sought-after — so you’ll need to move fast if you want a slice of those stunning views.