Heaven in Devon: The 7 Best Attractions to Visit 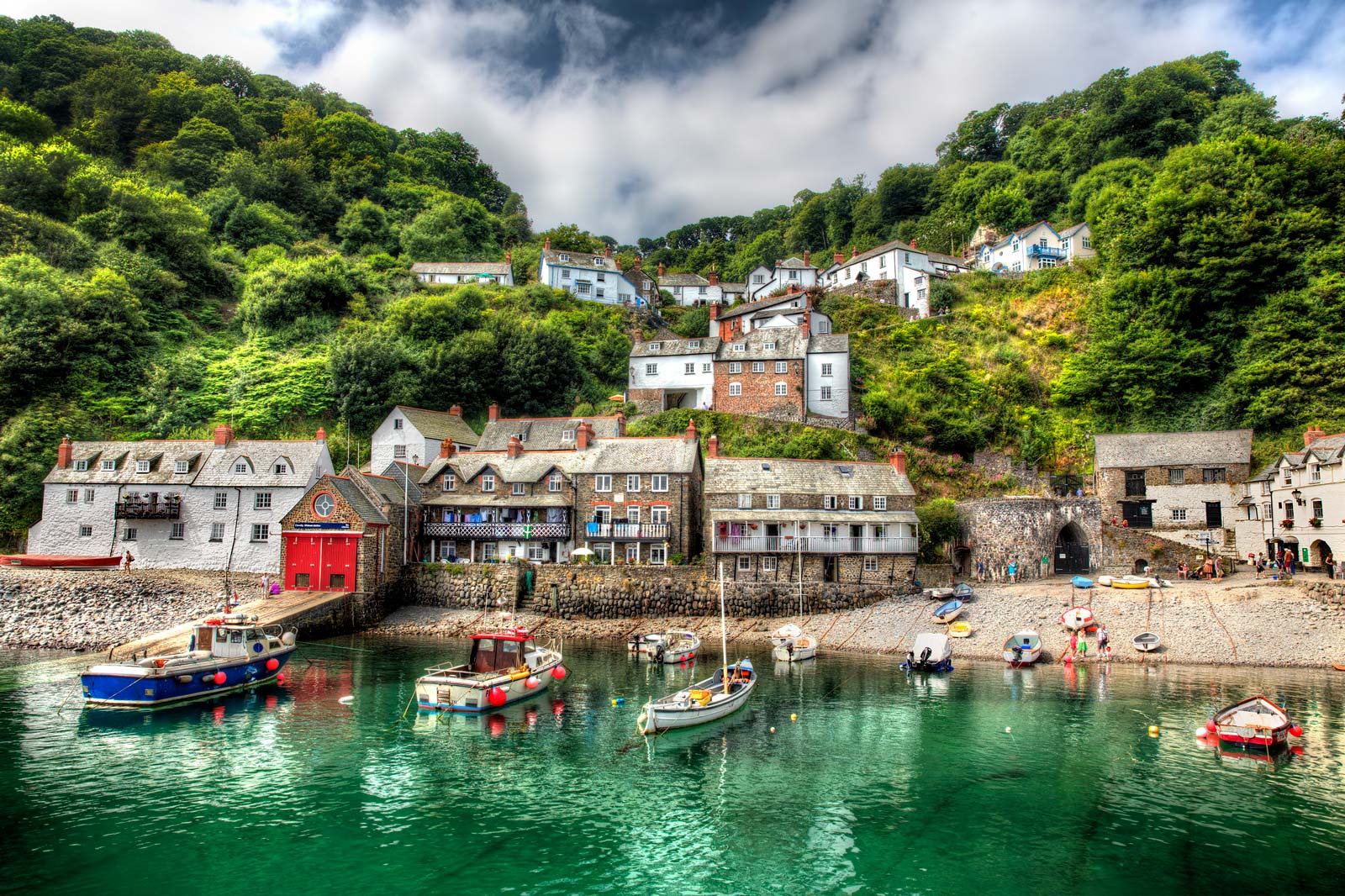 Sometimes it sounds cliché to describe Britain’s best spots as “breath-taking”, but in the case of Devon, it’s hard to muster up a more appropriate description.

Whether it’s the rugged tors of Exmouth or the powdered sands of Salcombe, this is the land that leaves tourists slack-jawed. The beach-fringed landscapes of Croyde keep the most discerning surfers smiling, while mysterious moors in Dartmoor National Park provide the perfect tonic to city life. It’s a region of stark contrasts, and one that’s guaranteed to blow away the cobwebs.

The only question is, where on earth do you start?

If you’re eyeing up Devon as a potential holiday home spot, hopefully this rundown of the region’s top attractions will act as motivation to make your move. If you don’t need any more persuading, head straight to our Find A Park tool and set about finding your dream setting. 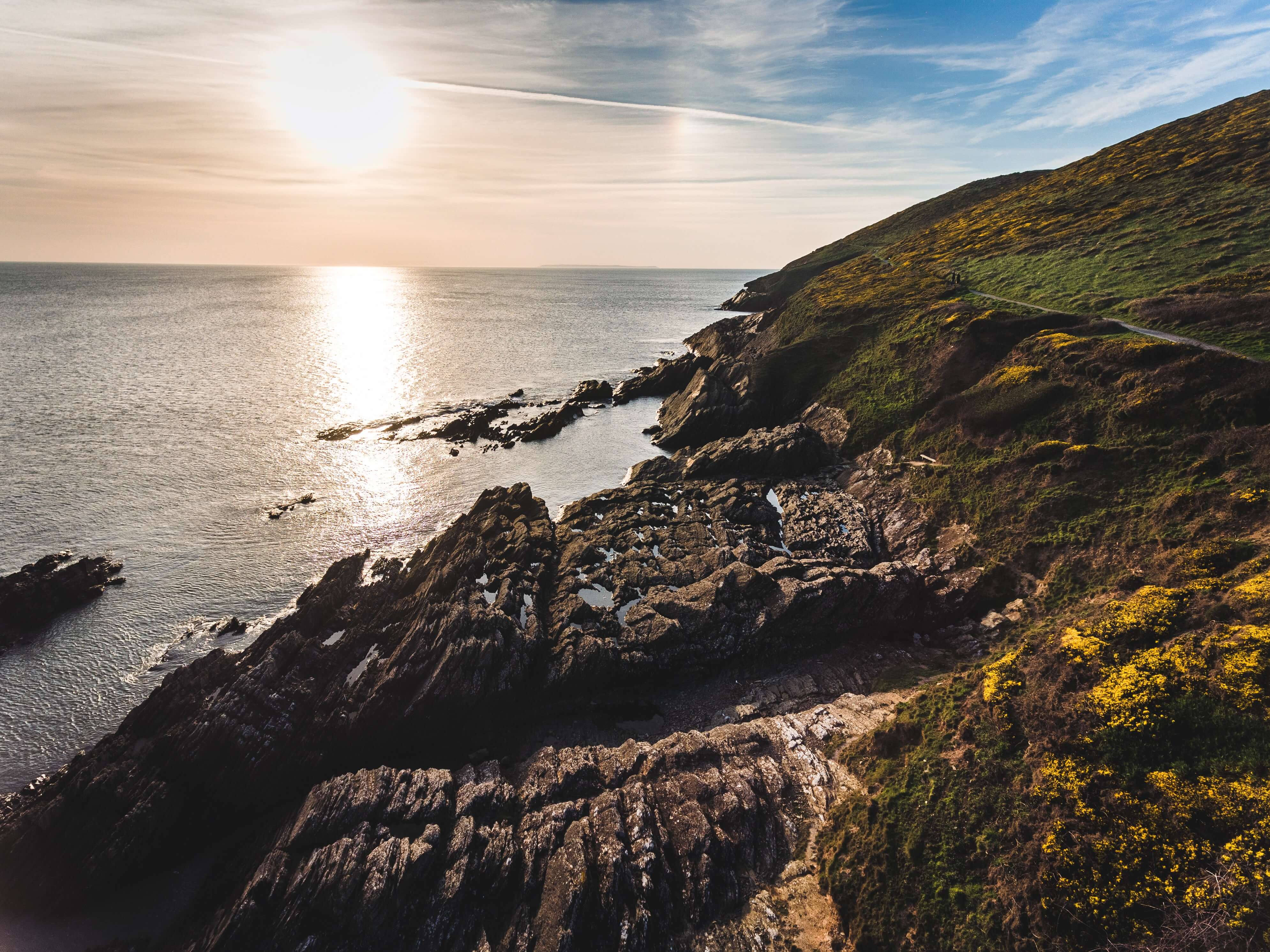 Ask any Devonian where the best place to surf is in the North, and most will say Croyde. This world-renowned beach is a fan favourite thanks to its west-facing breaks and low-tide barrels, culminating in a surf to match any Cornish coastline.

One of the best things about Croyde Bay is that there’s a year-round swell. So, if you’d rather avoid crowded sands in peak periods, there’s always another opportunity to hang ten with a bit more breathing space. Travelling with little ones? There’s plenty of surf schools that teach the bare essentials, while olde-wolde Croyde village is teeming with handy hire shops.

If you fancy ticking off a few neighbouring beaches, you’ll also find Saunton Sands to the South and Woolacombe further North. 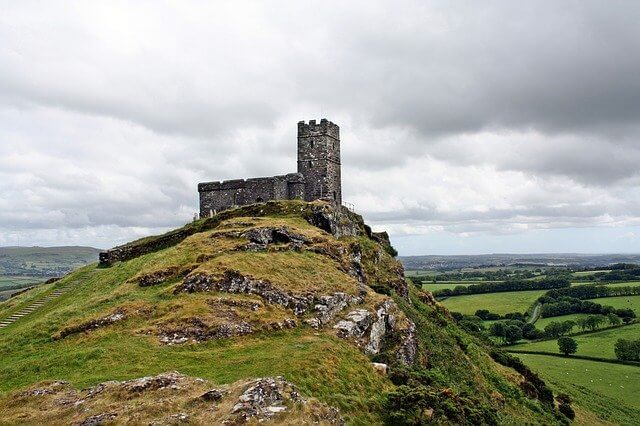 It’s a place that inspired a raft of romantic poets, including Shelley, Wordsworth, and Coleridge. Not to mention Sir Arthur Conan Doyle’s The Hound of the Baskervilles. Scuttle through the Park’s Bronze Age remains, and you might also stumble across the memorial stone of Poet Laureate Ted Hughes, who famously frequented the area.

Today, farmers use around 90 percent of the moors to rear cows, sheep, and, bizarrely, ponies. Once upon a time, 30,000 of these cute, fluffy animals transported granite from the moorland quarries, but today there’s only around 1,500 left grazing on the land. Before heading out into the wilderness, though, we recommend first stopping off at the visitor centres in either Princetown, Haytor, or Postbridge, for some local navigational knowledge. 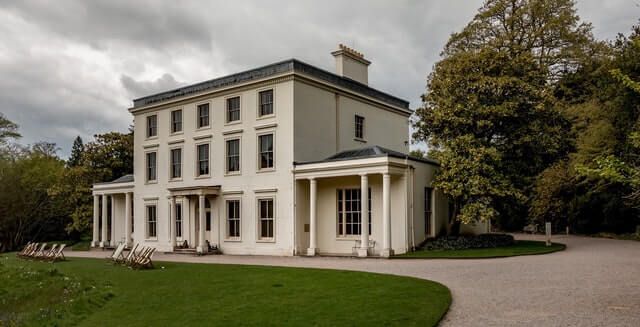 In the last section, we mentioned a few literary greats that made fleeting trips to Devon, but one permanent fixture of the region was Agatha Christie. Throughout the 1950s, she frequented Greenway House, a grand Georgian mansion purchased for family gatherings and holidays in the South West. It was here that Christie, known locally as Mrs Mallowan, played croquet, read her novels to guests, and celebrated special occasions.

Today, visitors can walk around the 18th-century home and peruse the family’s gigantic collection of Tunbridge ware. There are also many first editions of Christie’s novels to admire, along with archaeological artefacts acquired in the Middle East. Locals have done well to maintain the integrity of the house, so it’s easy to get a feel of life in the fifties.

Fans of the acclaimed author should make a beeline for the property’s romantic woodland drifts and carefully manicured gardens. Aside from the exquisite vinery and sweeping views of the River Dart, it’s here that you’ll find the Boathouse — a famous setting cited in Dead Man’s Folly. 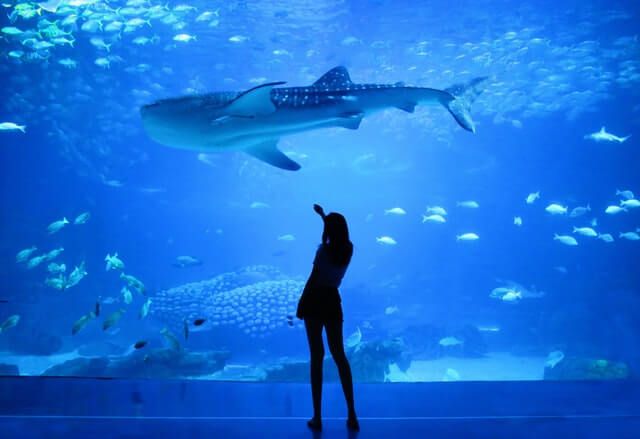 If you’re in South Devon and looking for an attraction sure to keep little ones entertained, your first stop should be the National Marine Aquarium in Plymouth. This is the UK’s largest aquarium and is home to more than 4,000 animals.

Head to the Seagrass nursery, and kids will love getting up-close with rare seahorses, iridescent jellyfish, and giant octopi. But the Atlantic Ocean Zone is where the big fish come to play. This is the deepest tank in the UK and boasts everything from humongous sand tiger sharks to green turtles. The tank’s ingenious design enables visitors to see through 2.5 million litres of water from three different locations, including a ‘Moon Pool’ tunnel.

The NMA prides itself on being an educational centre as well as an aquarium. Its partnership with the Ocean Conservation Trust has given rise to exhibitions like the Eddystone Reef, which educates visitors on the importance of protecting UK waters. Take a trip to the Reef to learn about all the fantastic work done in the broader area while gazing at its natural wonders. 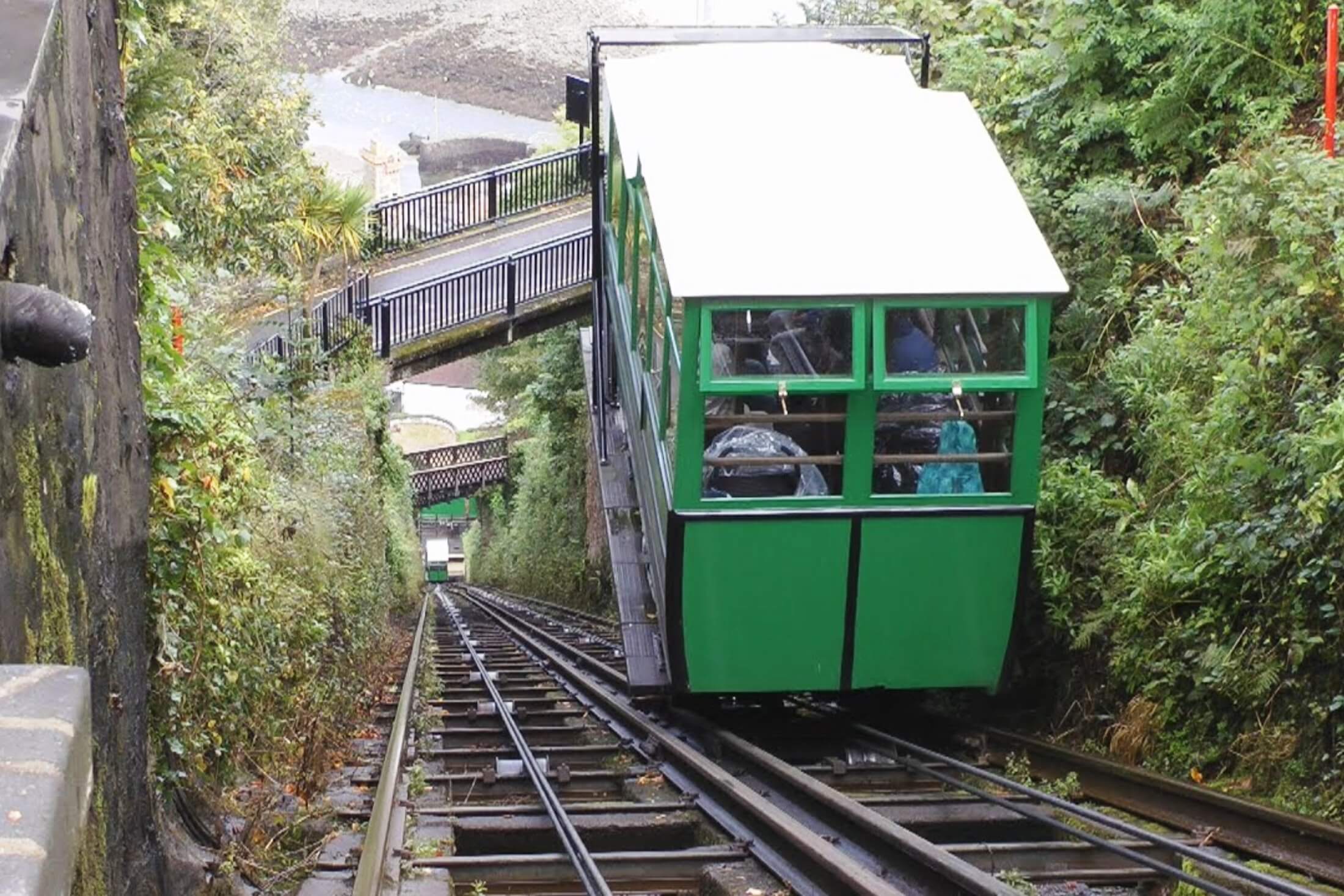 On the doorstep of Lynmouth National Park is a peculiar attraction that has been beguiling train fanatics and families for more than a century. Its name is the Lynton and Lynmouth Cliff Railway, and it connects the two eponymous towns on North Devon’s rugged coast. The funicular railway was built in the late 1800s to help transport people and goods between Lynton and Lynmouth, but today it’s more widely known as the world’s highest fully water-powered railway.

Here, tourists hop into charming, green passenger carriages and climb up the 862ft steep track to take in spectacular views across the Bristol Channel. And boy is it worth the trip. Around 500ft above the lower station, you’ll find a grade II listed café that, according to locals, sells the best cream tea in the whole Westcountry — a reason in itself to climb aboard!

Return riding passes start at £4 per ticket for adults, so it’s a relatively inexpensive and comfortable way to get stuck into Devon’s past. If you needed any more persuading, Which? Voted Lynton and Lynmouth as one of the best historical attractions in the UK.

Fossil Hunting on the Jurassic Coast 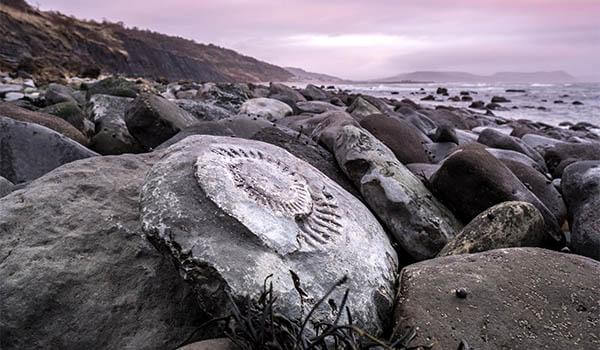 It wouldn’t be a rundown of the most iconic places in Devon without mentioning the Jurassic Coast, would it? This gargantuan shoreline stretches from Swanage to Exmouth, encompassing nearly 200 million years of history over 95 miles.

England’s first natural World Heritage Site is like an open-air museum. Here intrepid families and ramblers flock to the eroded strata in the hope of finding fossils hiding between exposed beach pebbles. If you’re keen to try your luck, we first recommend visiting The Jurassic Trust website, which has a wealth of information about how to get started. There’s also advice about the best places to forage for fossils, including locations that require extra permissions before setting out on foot. The Trust recommends that beginners try the beaches between Charmouth and Lyme Regis, which have some of the best and safest settings on the Coast.

If you’re staying in East Devon with family, Crealy Theme Park should sit at the very top of your bucket list. This humongous resort has 60 exhilarating rides set in 100 acres of stunning Devonian countryside, located just minutes away from the M5.

It’s been voted the best day out in Devon for eight years running — and we can see why. Crealy boasts rides like The Twister, Tidal Wave Log Flume, Flying Dutchman, and Vortex — all of which are sure to keep the family entertained for hours upon end. Then there’s the indoor soft play, where little ones can get lost in a world of Atlantis and explore the ocean floor on the back of a shark! There are so many rides and interactive activities; it’s easy to lose track of time.

At Animal Land, you can get up-close with Welsh ponies, llamas, lambs, alpacas, wallabies and emus, while Meerkat Manor is home to some of the cheekier residents of Crealy. There are fantastic live shows, too. Make a beeline for the Piazza Stage to find DJ Buddy and his friends spinning the decks in front of a dancing crowd!

Got your heart set on Devon?

If you’re sold on all things Devon, it’s time to find your dream park home. See the Willerby quality for yourself with a visit to one of our showgrounds. There’s no better way to find out first-hand what it’s like to relax in luxury and get an authentic feel for park home living. Alternatively, get started with our latest Willerby brochure.